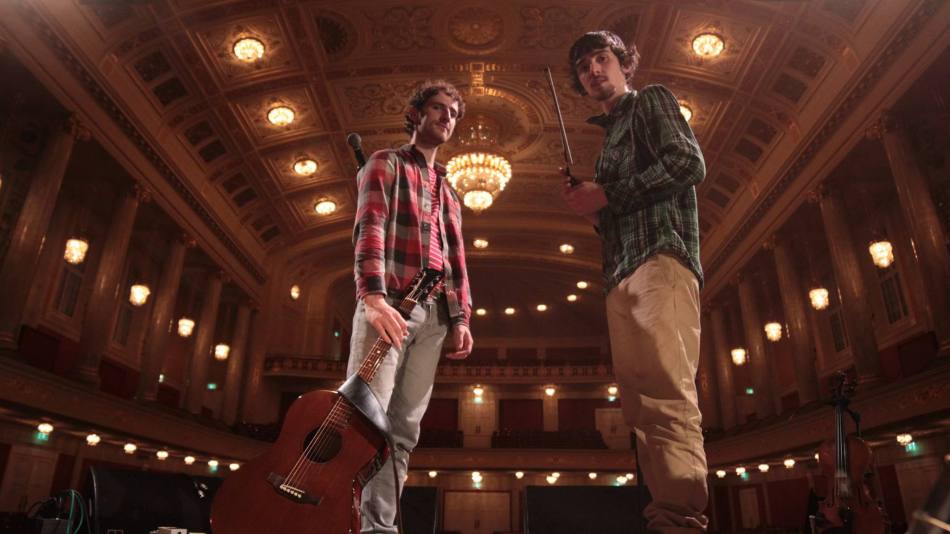 Ye Vagabonds perform Lowlands Of Holland while touring Europe as support act for Glen Hansard. Featuring excerpts of footage taken from the short film ‘All On Board The Good Ship Hansard’.

Buoyed by the success of their debut EP Rose & Briar in 2015, and continuing support from respected musicians like Lisa Hannigan, Roy Harper and Glen Hansard; brothers Brían and Diarmuid Mac Gloinn, who form Ye Vagabonds, have released their highly anticipated debut album, on their own label: Inglenook Records.

The album was recorded by Nick Rayner between The Meadow recording studios in Wicklow, and Rayner’s studio in West Cork.

Irish Times Review: The brothers Mac Gloinn, Diarmuid and Brían have been making waves since their 2015 debut EP, Rose & Briar. Their debut album has been much anticipated, in light of the pair’s intriguing capacity to meld Irish and English folk influences with a raw Appalachian-coloured sound, all the while managing to create an identity that’s utterly original.
What’s remarkable about this collection is the richness of their original repertoire: songs written with a lyrical density and a contradictory melodic lightness of being that render them timeless. Joined by Alain McFadden on vocals harmonium and mandolin, and Nicholas Cooper on strings, Ye Vagabonds at times conjure comparison with the wide open desert vistas of Beirut, and at others, the intimate whispering of Sam Amidon: and just about as confident a full length debut as anyone could imagine.

Corcaigh!! Ró and I play The White Horse in Ballincollig tonight, ahead of our gig tomorrow in The National Concert Hall opening for Glen Hansard. We don't have any other gigs booked so hopefully see ya at one of these! It has been a mad aul year since Ró called over for a cuppa and left with my synth all over his tunes. Link in Bio to the album 'Ta Go Maith'.
Autumn in the Pheono.
The gigs with this man have been absolutely savage. We join Glen Hansard for two dates on his Irish tour, Belfast tomorrow and NCH next Thursday. Onwards with the ambient folk invasion. PHOTO 📸 @iviart_photography
The incredibly inviting Hérisson Social Club.