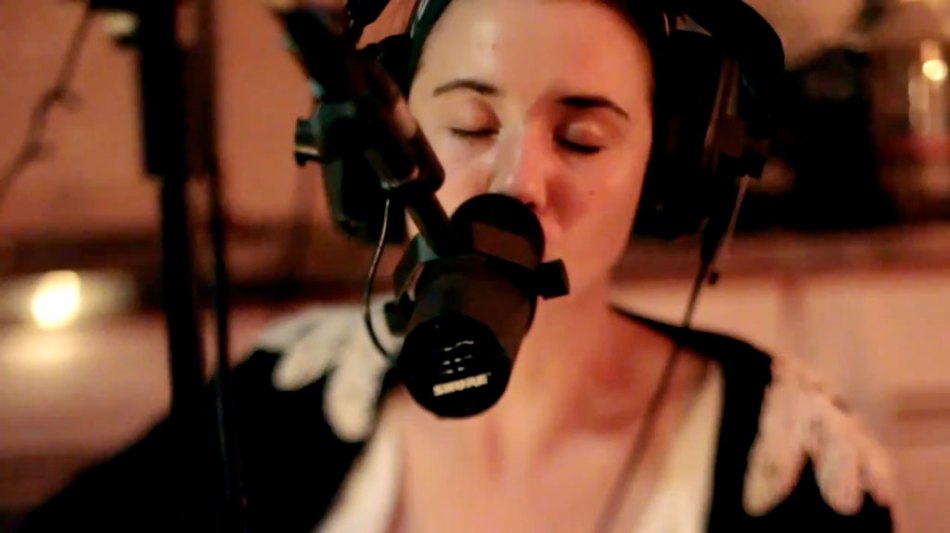 Lisa Hannigan performs ‘Oh Undone’, live from a cottage in Baltimore as part of a pre-production rehearsal during the making of Passenger for the song Oh Undone which did not make the album. This is the last and final take from a total of 12 where the band were introduced to the song only a few hours beforehand. I was there cross-legged on the floor in the middle of everyone, trying not to be seen. The camera movements were very slight, I only had room to twist my torso and extend my arms but the use of the 50mm f1.4 lens meant that it looked more like I was flying around the room on the back of a bumble bee. I was using a very old Nikon lens by holding it up to the housing of the Canon so my hands were kept very busy. I later discovered that it’s easy to find Nikon to Canon converter rings online, so I’ve been using Nikon Nikkor lenses ever since, especially when I need that enormous depth of field. Have a look at the Lisa Hannigan Recording Diaries to see more footage from this night and the following days.

I captured this very beautiful song from the Irish folk singer Niamh Bury in Phoenix park last sunmer. It's a ray summer light... a sign of what's just around the corner! Hope. See the full video by folllowing the on-screen link, or the IGTV link in my profile. Find out more about Niamh via the Patreon post I created about her, by following the Link in Bio.
The full story of my neighbours Eddie & Elsie, both in their 80's and madly in love, is now available to watch free on my Patreon landing page, by following the on-screen link, and link in my bio.
Such massive chats with @pantisocracyradio today and making all the right sounds with @ronano.snodaigh Will be out on her new podcast series coming May 1st! #ThePantiPersonals
Classic view looking south from Camden Street towards Rathmines, and today, a very holy looking Mary Immaculate Church dome. Happy Easter! Hope you're having a good wan 🐰