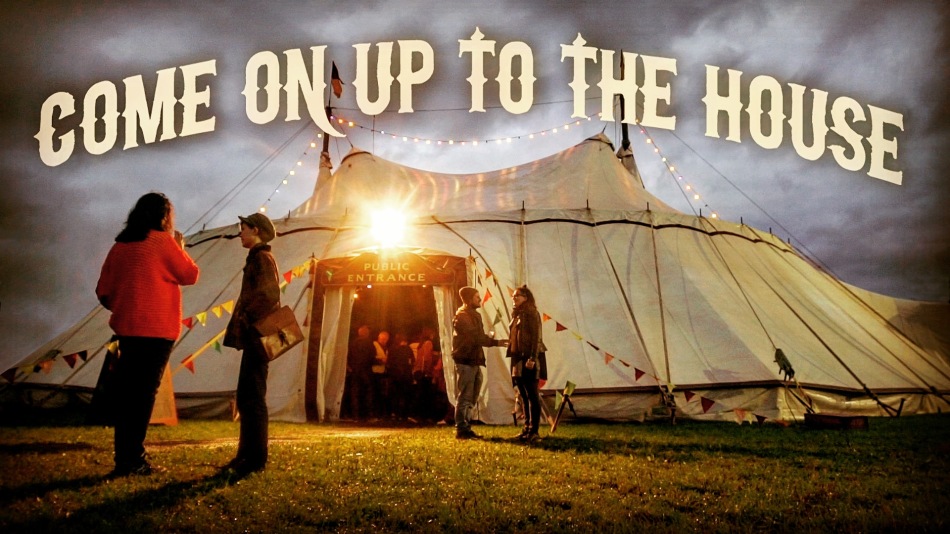 The tent was huge. It could fit hundreds of people. Some in the village didn’t want it there. Objections were raised. After all, in the most remote and westerly part of Ireland, local people lived a quiet life. Who were this circus crowd, bringing with them dozens of musicians, poets and actors? Why did they want to pitch their tent in Ballinabuck, population 105? Who’s idea was that? This is the story of when Footsbarn Theatre Company came to the Dingle Peninsula, eventually finding a field to pitch their tent and stage several nights of shows with some of Ireland’s most well known musicians and performers. Featuring live music from Ye Vagabonds, Lisa O’Neill, Cormac Begley, Glen Hansard, Liam Ó Maonlai, Swell Season, Mongoose, Interference, Bitch Falcon, Stephen James Smith and many more.

4 comments on “Come On Up To The House”

Rónán Ó Snodaigh and myself will be launching the album we created with a short gig in @connollysofleap on August 5th, followed by a listening session with Q&A. Tickets for the show are available to book by following the Link in Bio!
Majestic
Glorious
Incredible ranges of Irish Bog Cotton along the slopes of Glencree in the Wicklow Mountains yesterday eve!