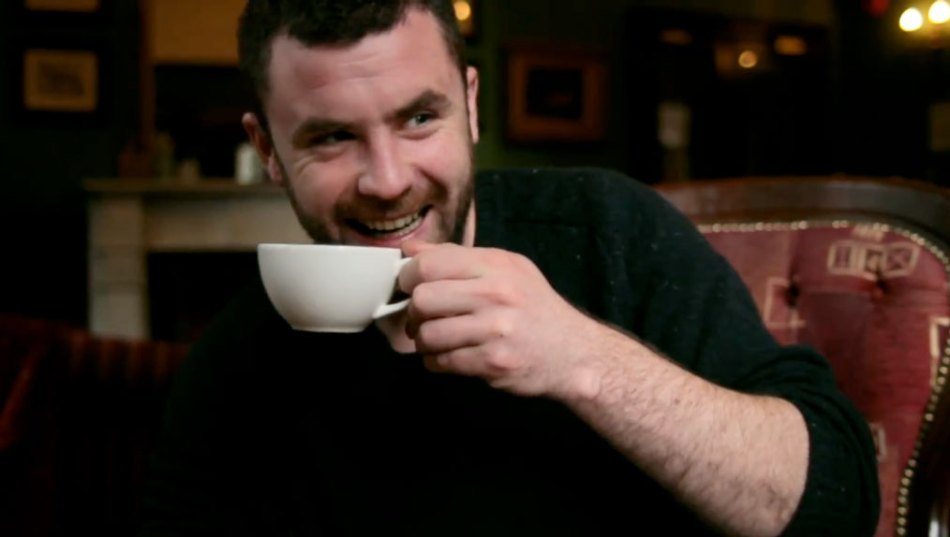 A short film directed by Myles O’Reilly featuring Mick Flannery about the release of his forthcoming album Red to Blue. Mick Flannery was brought up on a farm outside Blarney, Co. Cork, Ireland. His first real connection to music was watching an unplugged Nirvana covering Bowie’s “The Man Who Sold the World”. After a stint in a music college in Cork, he travelled to the U.S. where he “wandered around for a time.” While there, he entered the U.S. Songwriting Competition in Nashville, Tennessee and, to his surprise, won two top awards for his compositions.

If asked, Mick adamantly refuses to talk about himself. The best you’ll get from him on any given day is, maybe, an admission that he’s a bit “grumpy” and he enjoys a good game of poker.

So, if you’re determined to get up close and personal with Mick Flannery, you’re gonna’ have to kick back and listen to his music because that’s where he actually talks about himself. Mick writes all of his songs (words and music) and plays both piano and guitar.

“Mick Flannery is a singing and songwriting force to be reckoned with.” Siobhán Long, Irish Times

“Mick is a songwriter of the first order … His voice is pained, gravelly, and powerful. Recorded or live, it carries through and stops you in your tracks.” Urban Folk, New York

Such a pleasure to have contributed to this staggeringly beautiful web series.
Thrilled to unveil this [Indistinct Chatter] ambient/visual project for @stpatricksfestival. 'Women Of Sheriff Street' is a 20 minute film where I create a live ambient score to archive interviews with women from the Sheriff St flats community in the 80's.
The Lads.
I made a film of what lockdown level 5 looks like in Dublin's inner city. Shot between 4 - 6pm during an entirely different kind of rush hour. The city has never looked, and may never look this empty again. The full 11 min video is now available to view on my IGTV channel by following the link on my profile page. The tune is 'Your Excitement' is from the new [Indistinct Chatter] ambient LP out on March 23rd. -------- #dublincitysleeps #dublinlockdown #dublinarchive #dublinireland #dublininnercity #emptycity #lockdowncity #streetsofdublin #essentialservices